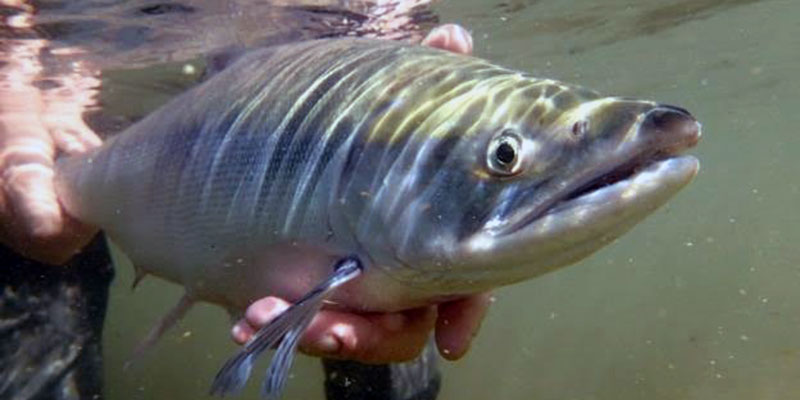 Katmai National Park is home to a wonderful cross-section of Alaska wildlife, as well as the sight of the largest volcanic eruption of the 20th century.  The park was established in 1918 after the Novarupta eruption, and has remained a popular destination for scientists and tourists for the last 100 years.  While Steve didn't visit the Valley of 10,000 Smokes on his trip, it is nonetheless worth reading about if you're unfamiliar.  Scotty and Steve were there to fish; as were the bears.  Katmai National Park is famous for large salmon runs, which in turn provide brown bears with the nutrients needed for winter.  Wherever you find salmon in Alaska, it's a safe bet you'll find bear as well.  Due to this, Steve was able to check a couple boxes on his bucket list on this trip, as he spotted his first brown bear, and landed his first sockeye while fly fishing.  All told, Steve caught and released 33 sockeye on the fly rod, along with rainbow trout and arctic grayling.