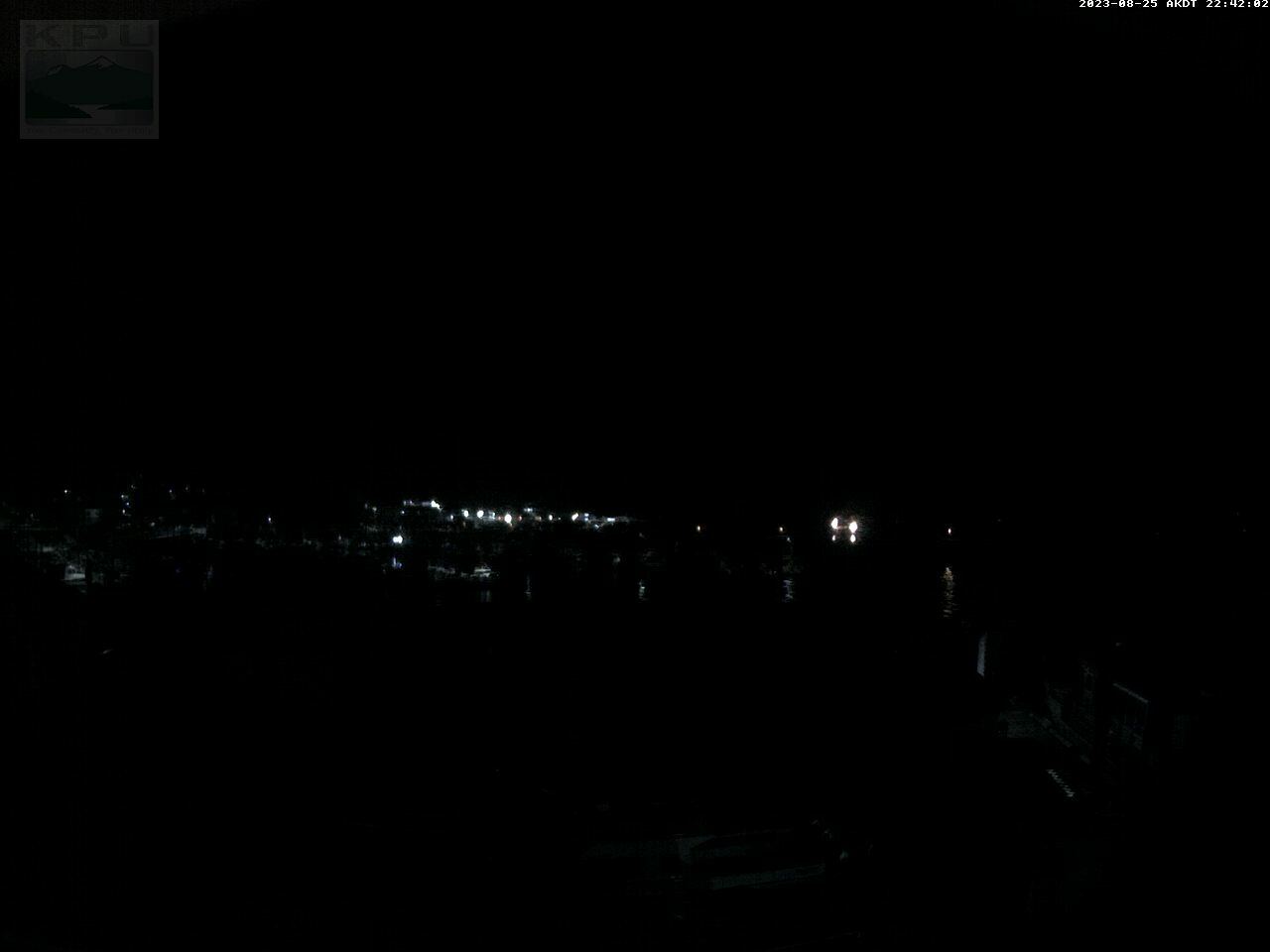 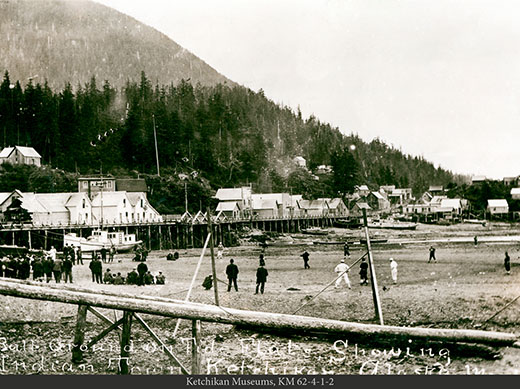 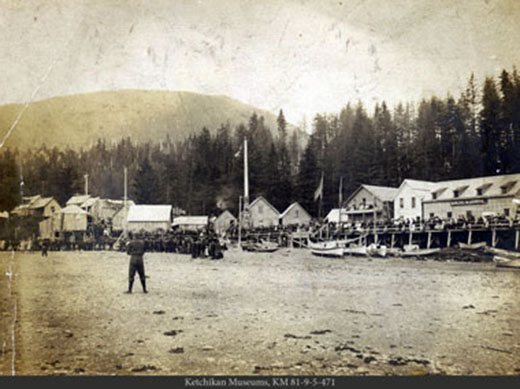 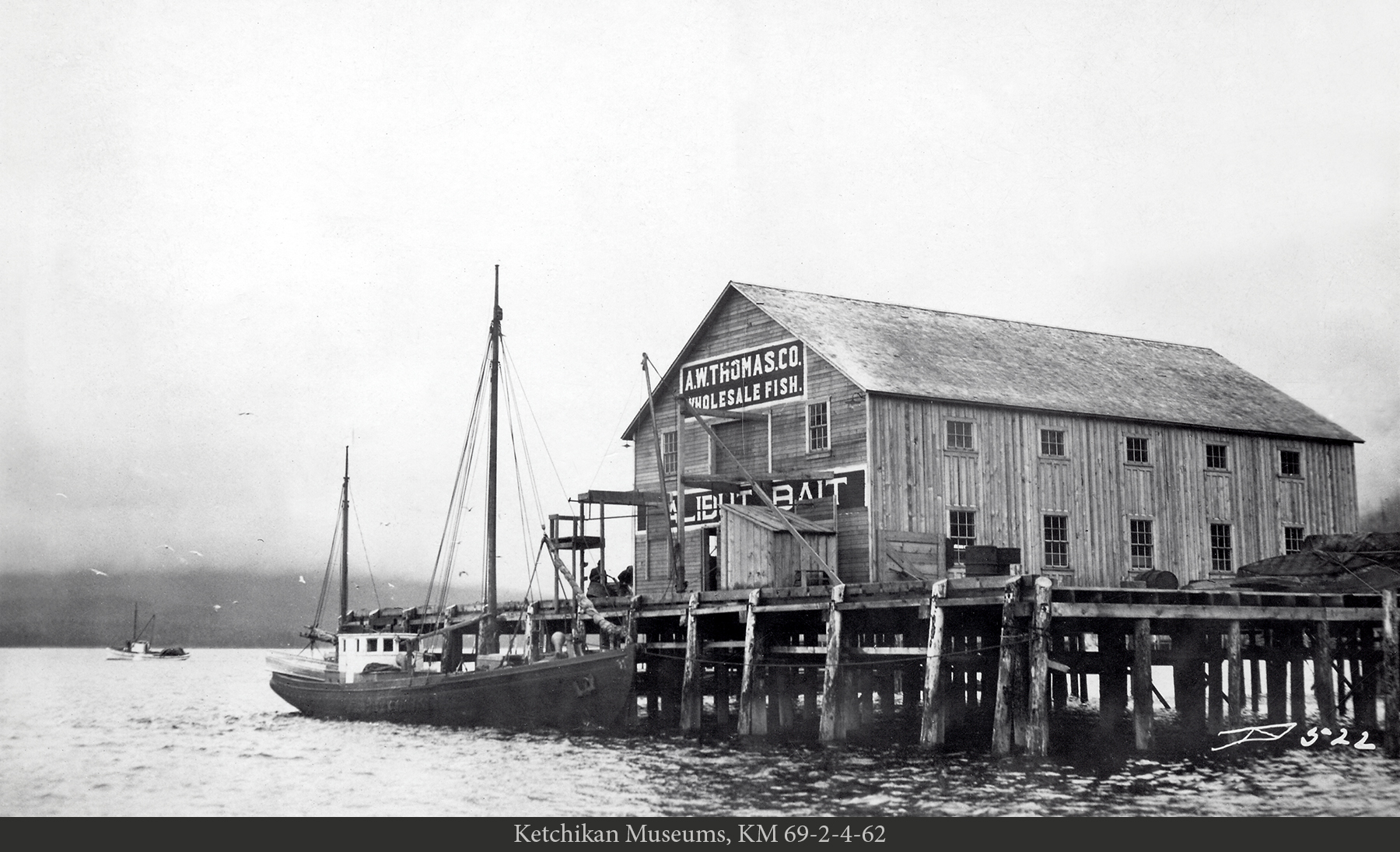 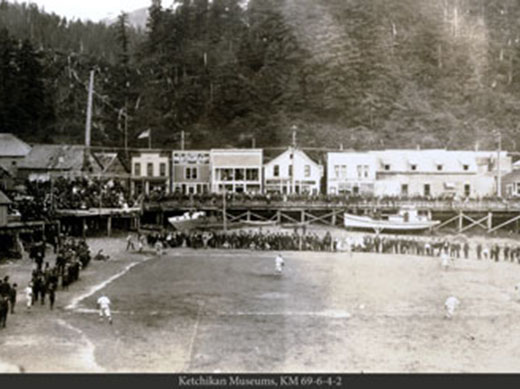 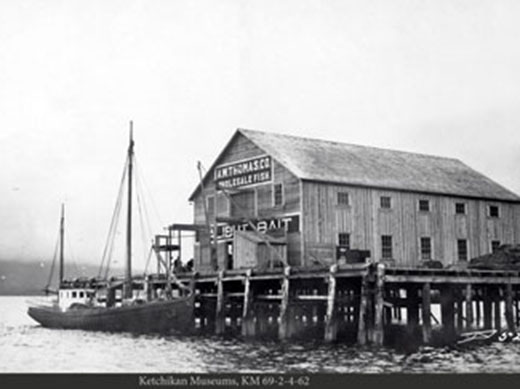 The view through the web cams onto Thomas Basin are a view back into the beginnings of Ketchikan history.

With some alterations, the mouth of Ketchikan Creek remains similar to where Ketchikan, the community, began in the mid 1880s. But for generations previous to that, Tlingit Natives came to the creek each summer to harvest the more than one million salmon that returned late each summer. Using beach nets and primitive weirs, the Tlingit would harvest tens of thousands of salmon that they would then take back to their permanent villages up and down the coast.

When the first white settlers came to the region, they believed that Fish Creek, as it was called, was a gold mine. But the steep topography of Tongass Narrows limited development. The first significant cannery in the area was built in the village of Loring, some 20 miles north of Ketchikan.

But by 1890, there were a handful of buildings and a single dock near the mouth on the north side of what was then called Tongass Creek. Over the next decade, Ketchikan grew and additional docks were built out over the Creek tideflats, including a dock that was eventually named the Thomas Bait Dock for its operator Capt. Ashton Thomas. But whether Thomas Basin was named for Ashton Thomas is not clear. There was also longtime fisherman in the area named Walter Thomas and it was he who promoted the eventual creation of the harbor that was known as Thomas Basin

By the time Ketchikan became the "Salmon Capital of the World" and, briefly, Alaska's most populous city in the 1920s, it was clear that a full-sized harbor was needed. Each summer more than 1,000 fishing boats were based in the community and space at the small City Float in Newtown was insufficient. The community petitioned the Federal Government for funds to dredge the tide flats and create a harbor which the Ketchikan Chronicle newspaper referred to as "Thomas Basin" in 1926.

The dredging and the harbor was completed by 1931 and Thomas Basin became the primary Ketchikan small boat harbor for the next 30 years until Bar Harbor was built two miles north of Downtown.

On the south side of Thomas Basin, numerous smaller businesses sprang up over the years to meet the needs of the fishermen and boaters who used the harbor. The Union Machine Shop continues to supply the commercial fleet. Both it and its neighbor, the Potlatch Bar, have been in operation since the early 1930s.

Over the past 30 years, the steamship docks and the space where lumber ships loaded their cargo have gradually morphed into the Ketchikan Port area - a mile long facility - which is now capable of berthing four large cruise ships and is likely to be further expanded in the future to handle the even larger ships planned for the Alaskan market. The City Council is working to limit further encroachment of the port into the Thomas Basin area as it is still a major harbor for both commercial and recreational vessels in the Ketchikan area.

South of Thomas Basin is what remains of Ketchikan's salmon canning industry, two canneries that pack more than 100,000 cases of salmon each year.