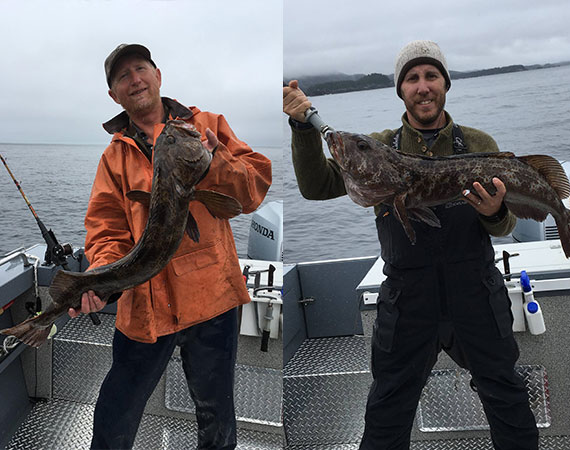 I wondered what I would find after 21 years since seeing Elfin cove and the surrounding area,the bounty and beauty were still more than abundant Chris and I were free of obligation to the ship on Wednesday and saw a brown bear the evening before at the head of port althorp,we awoke to a misty windless morning and left after breakfast to go fishing.

There is some pressure from the lodges based in the cove now but the places I fished were still abundant,nondescript shallow reefs were guarded diligently by Ling cod and rockfish that bent the rods as soon as the bait was presented,it has been years since I noticed fatigue from reeling in fish.

We were spared the close proximity of fishing for salmon next to the fleet of charter boats that were there and commercial boats beyond them the shallows toward shore provided plenty of action from cohos and pinks if you dropped within thirty feet of the bottom another resident rockfish would grab it or a Ling cod you just never knew.

Then Chris wanted to try for halibut another ten minutes of running brought us to a spot that our rods bent as soon as the bait hit the bottom they were small but feisty,having caught dinner the first ten minutes in the morning we released them all and returned to Elfin cove with enough to have a large fish dinner that evening.

Fishing for a living I don't normally do that on my day off,but I could not pass up the opportunity to witness what I like to compare to "fishing in a aquarium" what a blessing to have that bountiful resource within a 1/2 hour of your door,it is good to see it remains as I remember and the people I know there that I know and cherish,let me put it this way.....my next visit will be as soon as I can.