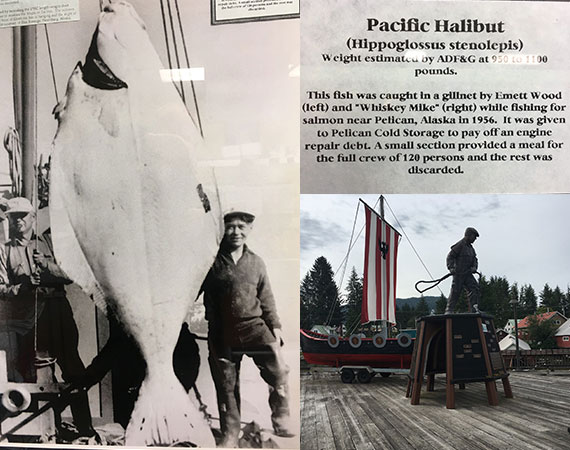 In 1987, I pointed a 15-foot "duraboat" up Clarence strait and found myself in Juneau three days later it was august of that year and the weather was gentle to me.

This morning I awoke in a hotel in Petersburg after a 5 1/2 hour run in a 28 foot raider equipped with twin 225 Honda outboards fully enclosed cabin and all the amenities, this time I am getting paid to do it at a company my brother and I started 16 years ago that has grown to this proportion, if you had told me then this would be my job I would have been frothing with anticipation to where I could hardly stand it.

But here it is and it's real and tangible,all that knocking around southeast Alaska produced a opportunity, we saw a few whales on the way and watched the topography change from timbered slopes in the distance to snow and ice mantled peaks.

The word rugged comes to mind then the water started to change eddy lines with less debris and coloration from glaciers still at a fair distance reminds me this is not Ketchikan, but another facet of a place that keeps you in awe or teaches you why you should be.

Adventure awaits, the equipment is new and comfortable and through the twists of the labrilynth of life Chris and I are getting paid to do this, 30 years and a lot of miles later we have begun.

All spring we’ve been crafting messages addressing the coronavirus 2020 situation and sportfishing in Alaska. Every time we think we’ve got a handle on it new information comes out. We are prepared to share with all of our guests our take on these matters – please call our dedicated line for an honest appraisal at 907-617-9579